What are the Benefits of a Written Contract?

Richard Kranitz, Esq., Wisconsin In this age of the Internet, is having a written contract important? Read this article to find i... 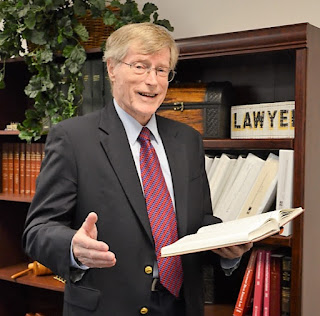 Richard A. Kranitz, Take the Key Step in Startup Success

Over a period of years, I have assisted entrepreneurs and startup teams to begin new businesses. The businesses were of many types and in many different industries. They had diverse points of origin. Some were a spin-off of another business. Others represented simply an entry into self-employment in a field in which the founders had experience. Some of the most interesting and successful were developed by serial entrepreneurs, those unique people who over a period of years originated successful businesses in diverse fields, based upon some common element – the application of a new technology to create a product or service; the filling of a market niche overlooked by others; or modifying a standard business model to create a competitive advantage over more traditional competitors.

Some of those businesses grew slowly but continuously over the years, others grew rapidly into large firms. Some were sold for millions. A few became publicly traded. A few sadly achieved only modest results or were terminated as their founders sought more promising opportunities.

During those years, I followed the literature of entrepreneurship. Many business schools now offer a concentration in entrepreneurship, a subset of business management that previously was ignored.

In most of those cases, the entrepreneur or startup team did one unique thing before they prepared their business plan. They performed a thorough feasibility analysis before they committed major funds.

Conducting a thorough feasibility analysis was the key factor in achieving early rapid success. In addition to validating all of the key assumptions of their financial model, they went through multiple revisions of their planned product or service, showed their prototype  or described their planned service to potential customers, tested their pricing, their marketing message and their sales scripts. They did these things with the least possible commitment of funds. Only when they were satisfied with the results did they commit substantial financial resources. They made their initial mistakes at least cost, and applied their cash resources to ramping up sales once they had a model that produced positive cash flow.

In one example, I was part of a startup team that developed a new consumer product. Fresh off the creation of a previous business in an unrelated field, the principal entrepreneur on the team was able to attract money from the investors who profited when his previous business went public. We spent three years developing and testing the product, going through multiple designs and analyzing customer reactions to each. We tested multiple marketing messages and media for delivery. Even our script for presentations to potential broker dealers, seeking an underwriter to finance our product launch went through multiple iterations before use. After three years of intense work, the product was launched and sold $20 million in its first year, $40 million the following year. It is now sold on multiple continents. In six years, the company went from startup to NASDAQ raising $52 million along the way.

Every business either grows or eventually stagnates as markets and technology change. Even a century old business must continuously refresh itself, modifying its products and markets, and adapting to each advance in technology or change in market demand or competitive pressures. Doing so successfully requires the application of basic entrepreneurial techniques. Each time a company develops a radical product innovation, creates a unique new service or enters a market it did not previously address, it is utilizing the entrepreneurial techniques of a startup. It may measurably improve its odds of success, and potentially improve its return on invested capital by applying the principles of successful startups. The preparation of a thorough feasibility study, with careful market testing and commitment of minimal capital during the trial-and-error period, may substantially improve its odds of rapid profitable growth.


*** Richard Kranitz (Wisconsin) is an experienced attorney and business consultant in the areas of corporate, securities and tax planning for corporations, partnerships, joint ventures, limited liability companies, multi-unit enterprises, and a variety of different non-profit entities. In addition, he has counseled their owners and executives in compensation planning, estate plans, and asset protection. Attorney profile at: https://solomonlawguild.com/richard-a-kranitz-esq
Posted by Richard Kranitz, Attorney at Law at 4:34 AM

Richard Kranitz, Attorney at Law
Richard Kranitz is an experienced attorney and business consultant in the areas of corporate, securities and tax planning for corporations, partnerships, joint ventures, limited liability companies, multi-unit enterprises, and a variety of different non-profit entities. In addition, he has counseled their owners and executives in compensation planning, estate plans, and asset protection.
Newer Post Older Post Home

About Richard A. Kranitz, Wisconsin

Richard Kranitz, Attorney at Law
Richard Kranitz is an experienced attorney and business consultant in the areas of corporate, securities and tax planning for corporations, partnerships, joint ventures, limited liability companies, multi-unit enterprises, and a variety of different non-profit entities. In addition, he has counseled their owners and executives in compensation planning, estate plans, and asset protection.